Because Polymount International, which operates in more than 80 countries worldwide, has introduced innovative products for the flexographic industry that allow users to save money and increase efficiency. 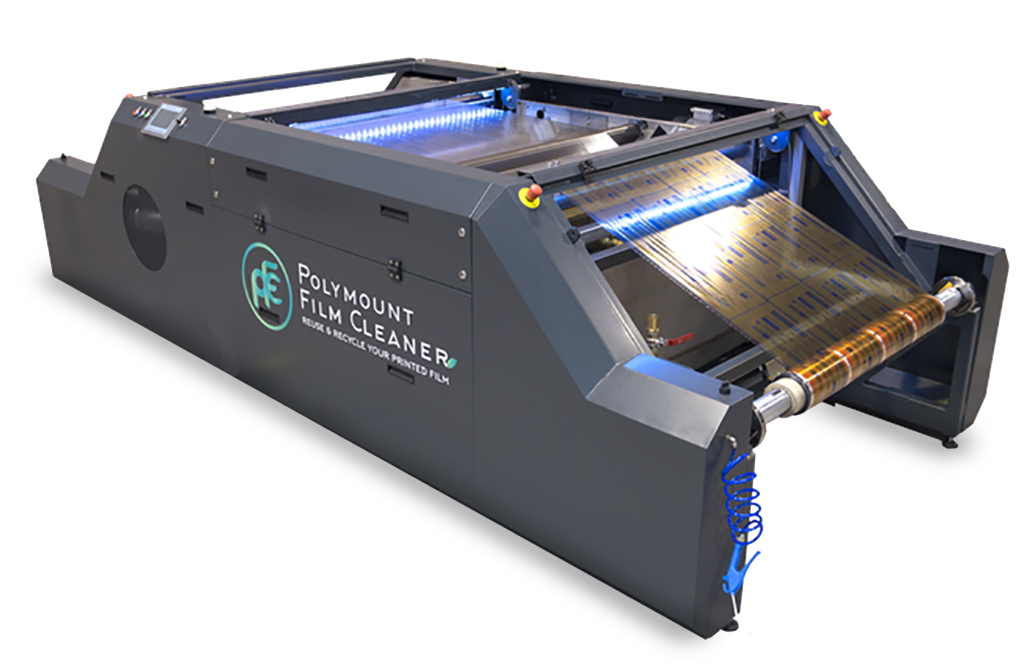 the exclusive source in Italy for Polymount cleaning products, helps its customers to understand and appreciate the advantages of the best maintenance solutions for keeping efficiency levels high.

for plate and film cleaning

Polymount is an expert at researching and proposing truly innovative solutions in printing plate and film cleaning systems.

Polymount produces the best horizontal cliché washer system sold in the world as well as cleaning fluids and detergents developed in-house, which guarantee the best results and the greatest durability of polymer photo plates.

Polymount Film Cleaner is the first machine that removes ink from printed film, allowing film to be reused for print runs over and over again. Polymount Film Cleaner can clean up to 80 metres of printed film per minute, it works with water-based and solvent-based inks, and it cleans all the substrates of the film.
The machine works in an extremely simple way: Polymount Film Cleaner unwinds the reels and passes the film through detergent tanks where specific detergent liquids remove all the ink from the film. Patented technology is then used to dry the film before it is perfectly rewound. At the end of the cycle, the reel appears as new, does not need to be disposed of and may be reused immediately.